My partner in crime at Learning Pool, Breda Doherty, has written an awesome guide to using Facebook pages. She introduces it below – do have a read and then download the guide! 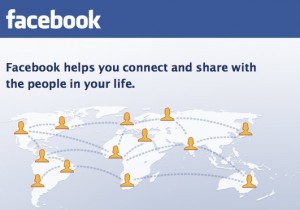 Facebook is now used as an everyday means of communication and information source for most people, well if you agree that over 500Million active users worldwide is a fair summary of most people… The fact that the Social Networking site has continued to grow and develop since its launch in 2004 shows that it’s not likely to join lapsed Social Networking sites in the sky such as Bebo or My-Space who simply haven’t been able to compete with Facebook’s constant innovative ways to keep people talking on their platform. Whilst friends use Facebook’s Personal Profiles; bands, businesses and those with a cause to promote often use Facebook Pages to market themselves to its millions of users.

A Facebook Page is a public profile that enables groups like this to share their organisation with Facebook users. It is similar in layout and functionality to a personal Facebook profile but Facebook Pages have been created with the intention that it will be used for brand promotion and discussion between those with something to sell or promote and those Facebook users interested in showing their support of these.

Facebook Users show their support for Facebook Pages through Liking their page and adding the pages they like to their own personal Facebook profile, which in turn will be seen by friends who visit their profiles

The reason all these groups  use Facebook pages is because  it’s free, easy to use and offers the opportunity to connect with large numbers of people. If Facebook didn’t work, people would simply stop using it.

Government Organisations are slowly seeing the benefits offered by Facebook Pages with effective use of this seen in the page maintained by Coventry City Council. However many are still unsure of how it can fit in with their wider communication strategies and are fearful that those staff assigned to maintain their Facebook Pages will take advantage of this and spend the time chatting to friends rather than the community members the organisation is eager to engage with. There is also the same fear which many Government Organisations have about Twitter in that with one status up-date on Facebook or one Tweet on Twitter the organisation will be called into irrefutable dispute!

Facebook: A Quick Guide for People in and Around Government

To try and rely some of the worries mentioned above and which we’ve heard about first-hand through our Learning Community, Learning Pool decided to create Facebook: A Quick Guide for People In and Around Government.  The guide provides a quick overview of how to set-up a Facebook Page, useful things to bear in mind as a Government Organisation when doing so and to highlight some of the legitimate ways in which Facebook, despite being labelled as a Social Networking site can be effectively used as an engagement site between Government Organisations and the public they are finding it increasingly difficult to connect with.

The Facebook Guide complements the Twitter Guide for Government written by Dave earlier this year and also looks at how the two can be used in conjunction. Download our Facebook Guide for free here.

7 Responses to Guide to Facebook Pages for Government Organisations

Leave a Reply to Other James Brown Cancel reply