Hackers for government (and a dollop of open source) 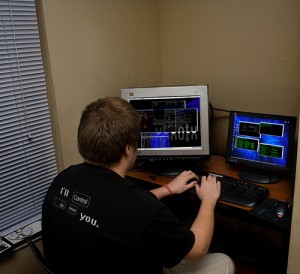 A lovely story of sharing, reusing and creative hacking in government today. There’s a whole post to be written on hacker culture and why government needs people who are able to program computers on the payroll. You just can’t outsource this stuff. The first chapter of this book explains it far better than I ever could, as Andrea DiMaio explains:

Innovative and courageous developers are what is needed to turn open government from theory to reality, freeing it from the slavery of external consultants, activists and lobbyists. People who work for government, share its mission, comply with its code of conduct, and yet bring a fresh viewpoint to make information alive, to effectively connect with colleagues in non-government organizations, to create a sense of community and transform government from the inside.

Anyway, whilst he was still at BIS, Steph Gray produce a nice little script to publicly publish various stats and metrics for the department’s website. A great example of having someone around who has both ideas and the ability to hack something together that puts them into action.

This was picked up during an exchange on Twitter by Stuart Harrison – webmaster at large for Lichfield District Council and another member of the league of extraordinary government hackers. Stuart asked nicely and was granted permission by Steph to take the code and improve it – never really an issue because the code was published under an open licence that encouraged re-use.

So Stuart did exactly that, and produced a page for his council that report live web statistics. Even better, he then shared his code with everyone using a service called GitHub.

Two things come out of this very nice story.

Firstly, the importance as mentioned above of having people able to code working within government. Say if Steph had this idea but had neither the skills himself nor access to them within his team to implement it. He would have had to write a business case, and a formal specification, and then tendered for the work… it would never have happened, frankly.

Leading on from that, the second point is around the efficacy of sharing code under open source licenses. Steph would probably admit to not being the world’s most proficient hacker, but the important thing is that he was good enough to get the thing working. By then sharing his code, it was available for others to come in and improve it.

The focus on open source software and its use in government is often based around cost. In actual fact open source solutions can be every bit as expensive as proprietary ones, because the cost is not just in the licensing but in the hosting, the support and all the rest of it.

The real advantage in open source is access to the code, so people can understand and improve the software. But this advantage can only be realised if there are people within government who can do the understanding and improving.

After all, what’s the point of encouraging the use of open source software if the real benefit of open source is inaccessible? Having access to the code is pointless if you have to hire a consultant to do stuff with it for you every time.

So three cheers to Steph and Stuart for this little collaboration and lovely story of the benefits of sharing and hacking. Let’s make sure there can be more of them in the future by encouraging the art of computer programming, and of being open with the results.