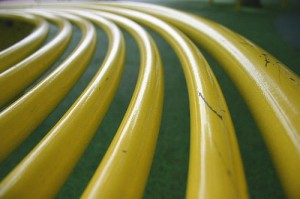 At Public Sector Online (which Elaine did a marvellous job of writing up on the LP blog) last Monday, the question was asked – as it often is at these events – what could be done about the fact that the majority of folk working in government, access to the common social websites is blocked.

Cue nods around the room. It’s still an issue, despite the fact that almost every sensible person one talks to says that blocking isn’t the thing to do.

What are the reasons for the blocking? I think there are three main ones. The first two are straw men, to be honest. The third is more troubling and difficult to get around.

I don’t think I need to spend too much time on this one, as every reader of this blog surely knows that this is a management issue and not a technology one. If people want to waste time, they’ll find a way; and ever organisation already has policy and process to manage this and stop it happening.

Two parts to this. Firstly that using social web sites, whether for communication or collaboration, increases the likelihood of losing sensitive information. I’ve heard of people in councils being blocked from Slideshare for this very reason. Imagine that! Someone accidentally creating a powerpoint deck full of confidential data, and then deciding that they should publish it publicly on Slideshare!

This is unfathomably moronic, not least because of course there have been far more instances of people losing or leaking paper files, and nobody as far as I am aware has banned the use of those. It’s an education thing, innit?

Likewise the virus issue. People clicking dodgy links is the main problem here, and that’s as likely to happen via email as anything else. Nobody blocks email (shame). Instead, educate people not to click dodgy links. Easy.

This is the real issue I think. I have had lots of conversations with IT folk in public sector organisations who simply state that if someone in the organisation watches a video on YouTube, then that’s the network down for pretty much everyone else.

We’ve all been there – who hasn’t tried to access the web at a lunchtime, only for it to be unusably slow?

I can’t help but think that this is one of the main reasons behind organisations blocking access to interesting websites. Perhaps the other two reasons are just covering up the fact that many government organisations have infrastructure that really isn’t fit for purpose?

I honestly don’t know and I also don’t know how expensive a situation this sort of thing is to resolve, or how much of a priority it would be to fix in these austere times.

6 Responses to The pipe problem