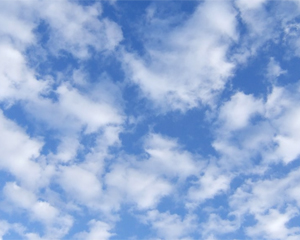 Lloyd Davis is a lovely man, and a very clever one at that. He founded the Tuttle Club, a weekly networkingy sort of meetup for people who like the internet and other people, which is at the same time very simple but also rather ingenious.

He also sports an even more ludicrous job title than mine, for at least a part of his time – he is Social Artist in Residence at the University of London’s Centre for Creative Collaboration. What does that mean? Mary has a go at explaining here. I’ve written a bit about social artists, as has David Wilcox.

Lloyd ran a couple of sessions at last week’s Likeminds conference – he facilitated a panel session; and hosted a lunchtime discussion, which I attended, on ‘cloud culture’. This is a topic he has written about on his blog, and which has been the focus of quite a bit of attention from such luminaries as Charles Leadbeater.

I found it a really interesting topic for discussion, and I’m grateful to Lloyd – and the organisers of the conference – for creating a space where I was made to think about it properly. There are, of course, many aspects of our culture that are affected by the internet, and use of the cloud in particular.

There is the issue of cultural ‘stuff’ or products, like stories, music, films, art etc. Traditionally hosted by museums or galleries, or publishers; what effect will be had by this hosting now being performed by Amazon, or Apple, or Google?

The case of the music industry is particularly interesting, of course. People have been making music for thousands of years. Record labels have existed for a handful of decades. You don’t need the latter to make the former possible. Artists don’t need bigorgs to distribute their work any more – get over it.

There are other types of culture too. What about national culture, in the age of the internet and globilisation? If all our culture is online, in the cloud, what effect does that have on who we think we are?

One of my main interests is organisational culture, classically defined as ‘the way we do things around here’. This is an area where the effect of the internet is probably most measurable. It’s also true of course that the internet itself has a culture. What lessons can organisations learn from this internet culture?

This goes back to my constantly repeated point that the interesting thing about the use of online technology is not the technology but the implications of using it. Internet culture is open, it’s cooperative, it’s funny, it’s transparent. These are the things we should be pushing our government to be.

What I like are examples of offline activity that wouldn’t be possible without the internet. Tuttle is one of those. On the face of it, it’s an old school networking meetup. The truth is, though, is that it’s an old school networking meetup that’s been filtered through the internet and its culture. Most of those who attend know each other virtually, introductions tend to go along the lines of “oh, so you’re [insert twitter username]“.

GovCamp is another example. So we met in real life, and the agenda was put together with post its on a big blank bit of paper. But how was it that so many people were convinced to give up their Saturday’s to come and talk about government? It’s because of the internet culture of openness, transparency, collaboration and the democratisation of publishing. Just as anyone can publish online, whether with a blog or whatever, anyone can speak at an unconference.

As I mentioned earlier today, I’m hoping to run a session at this week’s London LocalGovCamp about what lessons internet culture can teach local authorities, and other public sector organisations. Anyone who is coming to the event, please do come along and join in. Those that aren’t, I’d appreciate any comments.

Here’s a video where Lloyd talks about his stuff:

9 Responses to Clouds and culture